Below are examples of panoramic photography, which is a technique we use when photographing architecture and environments. Welcome to enter!

Graffiti paintings under Skeppsbrogatan in Luleå 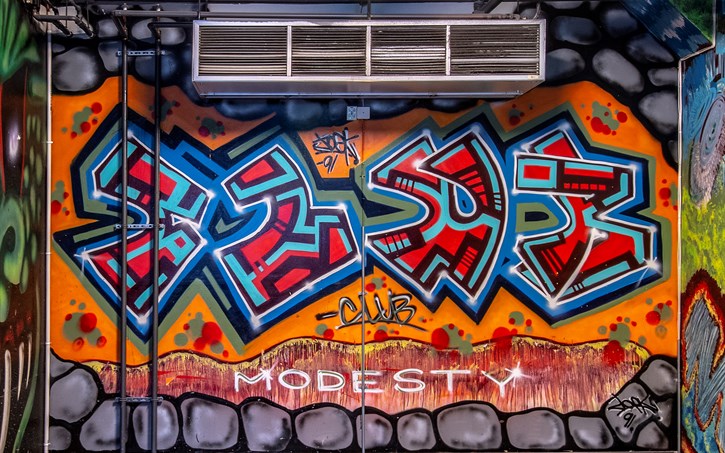 In a hundred meter long culvert under Skeppsbrogatan in Luleå, there are about 40 graffiti paintings from 1991. From the beginning, this was an escape route from the cinema Spegeln in the department store Shopping. After the cinema was closed in 1986, the premises were used for youth events and it was in connection with this that the culvert was decorated with graffiti paintings. As the paintings are indoors, they are uniquely well-preserved.

See the graffiti paintings under Skeppsbrogatan 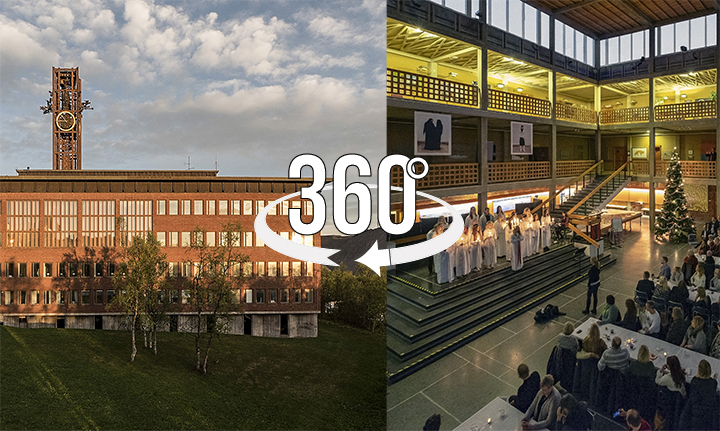 Kiruna City Hall was designed by the architect Artur von Schmalensee and built in 1959–1963. Schmalensee won an architectural competition with his design, which he called "The Igloo" due to its low entrance into a large open hall with high light inlets. In 1964, the City Hall was awarded the Kasper Salin Prize for "Sweden's most beautiful public building". 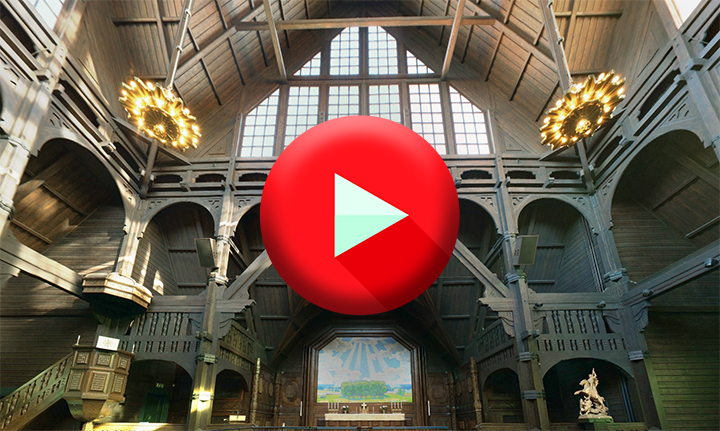 Kiruna Church was designed by the architect Gustaf Wickman (1858-1916) and inaugurated in 1912. The sculptor Christian Eriksson has made several of the church building's sculptures, as well as the relief above the entrance gate. Prince Eugene has painted the altarpiece depicting a stylized, sunlit landscape.

On June the 14th 1963, someone set fire to Haparanda Church, which burned to the ground. Four years later, the church that stands here today was inaugurated. The architect Bengt Larsson from ELLT designed the building which he named "Clean House". The new church was a stark contrast to the burntdown, traditional 19th century wooden church painted in light linseed oil colors. Or for that matter, a contrast to the majority of churches in Sweden.

To the panorama tour in Gammelstad Church Town